Here at China Discovery Tours we like to give back to our guests whenever possible. So please keep a look out for new discounts whenever they become available.

The Xian Discovery is a best seller that leads you to a fantastic introduction to the splendid attractions and historic monuments in Xian, Beijing, Suzhou, and Shanghai. Explore enormous ancient city walls, the colorful Big Goose Pagoda, and the massive army of more than 7,300 life-sized Terracotta Warriors while in Xian. Climb the Great Wall of China and stroll through the beautiful "Linger-In Garden" of Suzhou. Feast on a Peking Duck banquet in Beijing and gaze at the Shanghai skyline from atop the massive Pearl TV Tower. The Xian Discovery is an amazing opportunity to stimulate your senses with China's finest sights, tastes, and sounds. 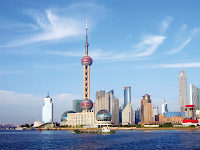 The China Discovery provides a beautiful taste of modern and ancient Chinese attractions. As you venture through Beijing, marvel at historic architectural achievements including Tiananmen Square, The Summer Palace, The Temple of Heaven, and The Forbidden City. Climb the Great Wall of China and experience Shanghai, where you will bargain for local treasures and gifts along the lively Nanjing Road. You'll enjoy the serenity of Suzhou's "Linger-In Garden" and wonder how the Giant Leaning Pagoda remains standing at such an uncomfortable angle. The China Discovery highlights many modern-day and classic sites you will cherish for a long time to come.

To get a better idea of what our China City land packages entail, here are a few examples of the many different options available to you. 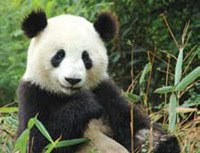 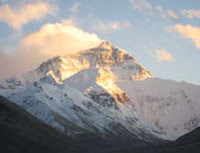 Day 1: Drive from Lhasa to Yamdroktso Lake and then travel through Gyangtse. Before arrival in Shigatse in the evening, we visit Kumbu Stupa and Pelkor Chose Monastery. (B,L,D)
Day 2: Sightseeing Tashilunpo Monaster in the morning. Afterwards, drive to Tingri. Overnight in Tingri. (B,L,D)
Day 3: Drive to base of Mt. Everest. Later drive to Lhatse. (B,L,D)
Day 4: Drive from Lhatse to Lhasa. (B,L,D)
Day 5: Transfer to the airport. (B)

A full list of the China City Land Packages that we offer, can be found here:http://www.chinadiscoverytours.com/china/2010-CityTours.html#3

Our Asia land tour extensions are a terrific way to complete your Asia travel vacation. These exciting destinations can be added before of after your China, Thailand, Japan, or Vietnam tour(s). All land tour extension package pricing includes guided tours, transfers, hotel accommodations (double occupancy), meals (as indicated) and ground transportation. Prices do not include connecting flights to/from these cities.

To get a better idea of what our land tour extensions entail, here is an example of one of the many options to get you a little better acquainted. 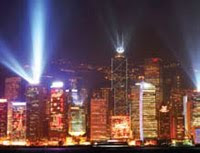 Day 1: Transfer to the hotel
Day 2: A half- day Island tour. Stanley Market, Victoria Peak and Victoria Harbor. (B)
Day 3: Free day then transfer to the airport (B)


A full list of the land tour extensions that we offer, can be found here: http://www.chinadiscoverytours.com/china/2010-ext.html 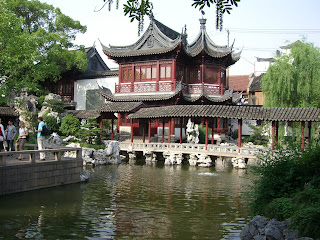 The garden was first built in 1559 and took up to 20 years to complete. The garden was finished in 1577 by a government officer of the Ming Dynasty (1368-1644) named Pan Yunduan."Yu" in Chinese means pleasing and satisfying. This garden was specially built for Pan's parents as a place for them to enjoy a tranquil and happy time in their old age.

The style of the garden takes after a gardening style that was popularized during the Ming and Qing dynasties. The garden is composed of a maze of pavilions, grottoes, lotus ponds, and rickety bridges crossing lazy streams. The gardens stretch over an area of 20,000 square miles (or approximately 5 acres), and everywhere you turn there is something different and elaborate to look at.


Located within the Garden is a Five-Dragon wall, which is a monument dedicated to the mythical creature. It is said that, “The original design had each of the dragons with a total of five claws - legen 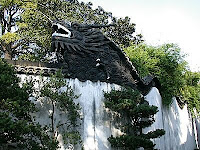 d has it that when the wall was first completed, during the reign of the Qing dynasty the feudal ruler regarded the fifth claw as a sign of unmitigated irreverence, since all the royal palaces featured four claw dragons. He then cut one of the claws of each dragon.”

The Grand Rockery- a rockery made of huangshi stone (12 m high),that features peaks, cliffs, winding caves and gorges. This scenery was possibly created by Zhang Nanyang during the Ming Dynasty. This area also contains the Sansui (Three Corn Ears) Hall.

"Ten - Thousand - Flower Pavilion"-also known as Wanhua Chamber - you will find pavilions, corridors, streams, courtyards as well as many other natural features. Wanhua Chamber is a delicately chased building surrounded by cloisters. Spring bamboos grow beside the cloisters.

Heralding Spring Hall- (Dianchun) - was built in 1820, the first year of the Emperor Daoguang's reign. From September 1853 to February 1855, it served as the base of the Small Swords Society(Xiaodao Hui).

Jade Magnificence Hall-(Yuhua) - furnished with rosewood pieces from the Ming Dynasty.
(The Jade rock, is one of the three most famous rocks in the Southern Region of the Yangtze River. The rock is 3.3 meters (about 10.8 feet) in height and has 72 holes.)

Inner Garden- rockeries, ponds, pavilions, and towers, first laid out in 1709 and more recently recreated in 1956 by combining its east and west gardens.
("The Inner Garden is compact and exquisite, and the rocks, pavilions, ornamental ponds and flower walls offer some of the most attractive scenery in Yu Yuan Garden.")

Lotus Pool- is a zigzag bridge and mid-lake pavilion.

Next to the entrance of the Yu Yuan Garden is the Huxinting Tea House. Which was once considered to be a part of the gardens, the tea house is now one of the most famous tea houses in China. Completely surrounding the Gardens is a shopping center, that is jammed with antique and souvenir shops. Nearby, you can find the Temple of the Town Gods.

Does the Yu Yuan garden sound like something you would like to see? Well it is something that you can see! The Yu Yuan Garden is just one of the many stops on a majority of the tours that we offer here at China Discovery Tours.

If you would like to take a look at the different tours that we have to offer, you can link directly to the tour page here. http://www.chinadiscoverytours.com/CD/2010-tour-packages.html

If you have any questions, please do not hesitate to get into contact with us. Thanks.

Have you thought about going to the 2010 Expo happening in Shanghai? With the theme of “Better City, Better Life,” the expo opened its doors with a great success.

From May 1 - October 31, 2010 Shanghai will be the host to World Expo 2010 Shanghai, also previously known as the World's Fair. Throughout the course of this “extravaganza,” there are more than 70 million visitors expected and 242 countries and international organizations taking part in the activities.

During the opening ceremonies of the Expo, the skyline of Shanghai was lit up by a vast variety of colors during the celebration fireworks display.

Exhibitors are presenting advances in technology and science that create more eco-friendly environments and lifestyle enhancements for urban population centers. Exhibitors will also expand on ideas for international cooperation in cultural, scientific and technological exchange.

There are many unique and beautiful pavilions on display at the expo. However, an example of what you might see if you were to go and experience the Expo for yourself is, The China Pavilion.
“The main structure of the China Pavilion, "The Crown of the East," has a distinctive roof, made of traditional dougong or brackets, which

date back more than 2,000 years. The dougong style features wooden brackets fixed layer upon layer between the top of a column and a crossbeam. This unique structural component of interlocking wooden brackets is one of the most important elements in traditional Chinese architecture. Dougong was widely used in the Spring and Autumn Period (770 BC-467 BC).”

At such a crucial juncture in history, what emerges from this gathering of people from such a wide swath of cultures and backgrounds will help define the 21st century. We invite you to experience the Expo and help foster a great exchange of ideas vital to our futures as global citizens. Travel with China Discovery Tours in 2010 to visit and witness, a part of the future... Expo 2010 Shanghai.
Posted by China Discover Tours - Torrance at 9:12 AM No comments:

We here at China Discovery Tours would like our friends and readers to be able to get a better feel for China and all of the remarkable things that it has to offer. We would like to have the opportunity to get everyone better acquainted with the different historical sites, located within the various cities of China.

A great number of our tours start out with a flight from LAX, SFO, or JFK airports to Beijing (PEK). Upon arrival, right away you start out your day with experiencing different sites of Beijing that are pretty popularly known. Here is a little bit more in detail, what you might get to see firsthand on your first day in Beijing, China.

The Birds Nest and the Water Cube

Both of these buildings were sites of the 2008 Olympic Games.

Nest, also known as Beijing National Stadium was designed from the study of "Chinese Ceramics", and implemented steel beams in order to hide supports for the retractable roof; giving the stadium the appearance of a "Bird's nest." This facility was used to host the Opening and Closing Ceremonies of the 2008 Olympics, Athletic Competitions, and the Football Final. The facility can hold up to 91,000 people at a time.

The Water Cube, more commonly known as Beijing National Aquatic Center. This building was used in the 2008 Olymic games to feature such events as Swimming, Diving, and Synchronized Swimming. The facility can hold up to 17,000 people at a time.

The Summer Palace, a masterpiece of Chinese landscape design, is situated 9.3 miles from central Beijing. Built during the Jin Dynasty, it is the archetypal Chinese garden, and is ranked among the most noted and classical gardens in the world. In 1998, it was listed a a World Heritage Sit by UNESCO. Composed mainly of Longevity Hill and Kunming Lake, The Summer Palace occupies an area of 726.5 acres, three quarters of which is water.

It consists of over 3,000 structures including pavilions, towers, bridges, and corridors. During the war of 1860 the palace was largely destroyed by fires started by Anglo-French allied forces, and was rebuilt for Empress Dowager Cixi in 1888. It was opened to the public in 1911.

Now you have a little idea of what you'd see on the first day of one of our tours. In the next entry, we'll continue detailing the historical sites included in many of our trips. We hope that you'll return to see what we have to say next.
Posted by China Discover Tours - Torrance at 3:21 PM No comments: 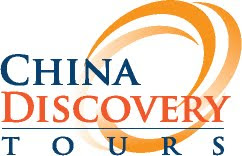 China Discovery Tours welcomes you to join us in 2010-2011 in exploring China and other countries in Asia. We believe that travel is a life-enriching experience, which is why we are here to help you on your journey of discovery by providing a deeper understanding of other nations, their people and their histories.

Since 1986, as a family owned company, we have maintained the philosophy of providing our customers with high quality, all inclusive tours packages with outstanding customer service at reasonable prices. Continually asking one simple question: "Would I send my friends and family on this journey?" We judge our successes by the growing number of customers we attract each year simply by word of mouth. Only the finest hotels, restaurants, cruise ships and professional guides are selected, and fully customized tours for any group size are available upon request. With our knowledge and long-standing experience, we hope to assist you in embarking a journey of a lifetime to discover the riches of Asia, and prove to you "Nobody shows you Asia like China Discovery Tours."